With a meaningful and emotional speech, the President of the Republic of Serbia and founder of the Party, Mr. Tomislav Nikolic, inaugurated the Convention celebrating the first five years of the “Serbian Progressive Party”. “When five years ago I spoke where we were going to be, many of you did not believe me”, underlined the President. He also pointed out his pride towards the SNS and his satisfaction of having as his successor Aleksandar Vucic. 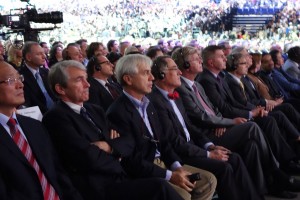 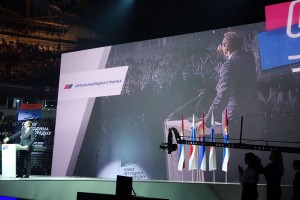