* US First Lady Jill Biden meets with Order of Malta volunteers
* A friend of the Order of Malta left us
* Feast of Saint Nicholas
* 5th World Day of the Poor – Sunday 14th November
* The Archbishop of Belgrade in Milan for San Carlo
* The Grand Chancellor received the Minister of Foreign Affairs of the Republic of Serbia
* “Make a WISH” from Zemun
* In the context of history for a new ambitious Make a WISH
* Amb. di Luca (Order of Malta): “We assist the needy to give them the future”
* Masks for Saint Petka Institution
Home / Order of Malta

The favorable consensus received of the “Make a WISH to the Sovereign Order of Malta” and the requests from children who were unaware of the possibility of participation to the project until now, suggested the extension of the deadline for submission of letters to over March 13th. It will be possible to send the letters of submission, at the same address of the Embassy of the Sovereign Order of Malta in Belgrade, until March 30th, according to the modalities of participation visible on this website.

An aid to the Institute for children and youth “Sremcica”

FIRST PHASE OF THE PROJECT “MAKE A WISH” COMPLETED

New Ambassador of Serbia to the Sovereign Order of Malta 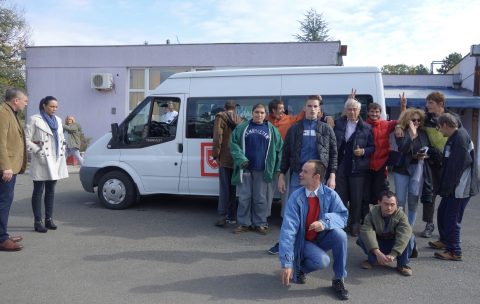