It was June 2015, when the first Charity Dinner was organized in the Principality of Monaco in favor of the “Make a WISH” project. It was a success both for the participants and for the important collection of contributions.

It is four years later that the Embassy of the Sovereign Order of Malta decides to organize a second Charity Dinner in anticipation of substantial financial commitments for supporting even more WISHES. And this time in Milan. The idea was presented to the new Lombardy Delegate Niccolò d’Aquino di Caramanico and immediately welcomed, so the organizational machine was set in motion masterfully managed by our Embassy Secretary Mauro Torre.

There was a goal: 150 guests. It was significantly exceeded: 292 persons physically present and 16 “virtual”! An important success for those in Serbia who were counting on this event.

A great result made even greater thanks to the silent auction being run during the Dinner. All of the auction lots were interesting, and just to name a few – a world premiere of one of the latest watches designed by Monsieur Gerald Genta. During the evening – at the Four Seasons – the Maestro model was auctioned, in a limited edition of 252 pieces from the Maison Gerald Charles (www.geraldcharles.com). It will be available to public sale from December 1, 2019. It was presented on preview during the Charity Dinner and it is exclusively personalized with “Make a WISH” engraving on the case back to make it unique and memorable.

Among the watches, there was a wall-mounted model by Maison Hublot (hublot.com), out-of-commerce, presented in an elegant Rimowa briefcase. Also, there were provided exclusive stays like the one offered by Villa Eden in Merano (Villa-Eden.com): a five-star hotel dedicated to personal care and well-being, the cuffs by Audemars Piguet (Audemarspiguet.com), the painting by Glok and a diptych by Manou, significant bottles of fine wines in Magnum and Jeroboam sizes supplied by the wine cellar Longo (Enotecalongo.it) and not to forget the limited edition Carré by De Wan with the Order’s coat of arms. The autographed football jerseys of the players Ibrahimovic and Lukaku could not miss, offered by the sports manager Mino Raiola, dinner at the Four Seasons or at the Japanese Hana restaurant in Milan, stoles, Samsung phones and many other items.

During the Dinner the Ambassador Alberto di Luca and the Delegate Niccolò D’Aquino expressed gratitude to all who were present, thanked the sponsors (Porfolio Consulting, Serfid, Lombard Odier, T. Roweprice, MFS and Investec) and  two persons in particular: Prof Antonio Bartorelli , Director of the Interventional Cardiology Unit in the Monzino Cardiology Center for having recently operated a patient from Belgrade who had sent the request  to the Embassy for his “complex”  WISH, and the Canadian soprano Claire Coolen who performed, for the last three years, on the stage of the National Theater in Belgrade on the occasion of our National Day.

Many of the guests could receive a portrait taken by the international photographer Orazio Truglio.

With the exceptional results obtained, it will be possible to support some initiatives of the Lombard Delegation of the Sovereign Order of Malta, but above all to welcome WISHES coming from Serbia and children in need of special care and from the St. Petka Institute in Izvor which houses 92 girls with psychophysical disabilities. 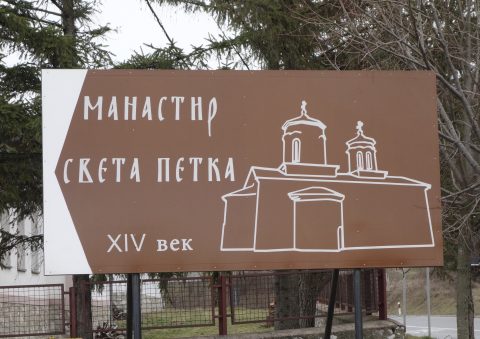 Medical device for the Institution St. Petka in Izvor