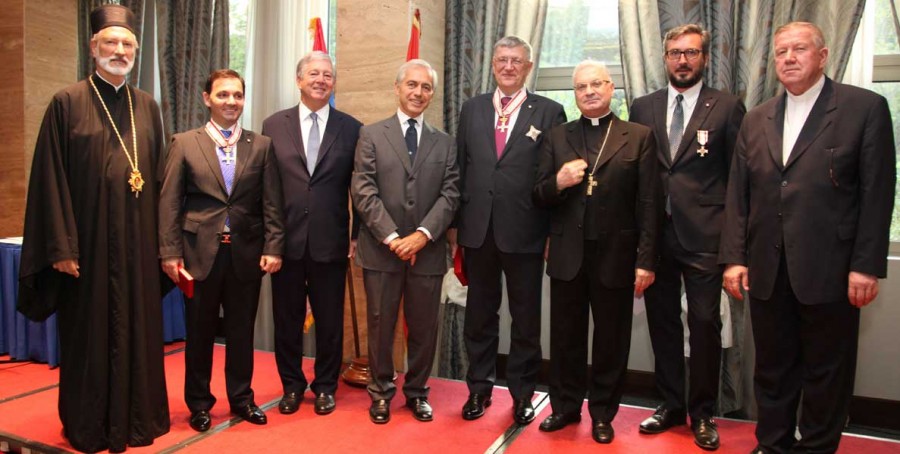 On the occasion of the National Day of St. John, the Embassy in Belgrade of the Sovereign Order of Malta, wanted to bring together at the modern and efficient setting of the Hotel Metropol, over three hundred people among which major institutional, religious, diplomatic and cultural authorities of the Serbian capital.

In his speech, Ambassador Alberto di Luca pointed out that “our first thoughts, especially today, go to the people of this beloved country so severely affected by the recent tragic floods.” He recalled the main interventions in the last twelve months: from humanitarian initiatives that the embassy has managed – such as sending several tons of specialized medical equipment, food and clothing – always bettered diplomatic relations between Serbia and Order of Malta – well represented by the signature and ratification of the humanitarian cooperation agreement – not to mention “the inauguration of the new offices of the Diplomatic Chancellery in the capital, blessed by His Eminence Cardinal Angelo Scola, Archbishop of Milan, during his visit to Serbia for the solemn celebration of the 1700th anniversary of the Edict of Milan. ”

The maximum institutional authorities were highly represented by the Advisor to the President of the Republic, Professor Oliver Antic. The Royal Family was present with H.R.H. Prince Aleksandar II Karadjordjevic and Princess Katarina. A number of MP’s present, including the Chairman of the Group of friendship Serbia – Order of Malta and National Assembly Deputy Speaker, Prof. Dr. Vladimir Marinkovic.

On behalf of UNICEF and UNHCR, the Directors for Serbia, Alix-Andre Michel Saint Lot and Eduardo Arboleda Sepulveda.

Also present were the representatives from the business world, culture and the arts. Among the many CEO’s, Dr. Andrea Simoncelli from Delta Generali, Banca Intesa Director for the Balkan aera Dr. Rosario Strano and the CEO for Belgrade Dr. Alessio Cioni. The proximity to the Universities was witnessed by the presence of prof. Slobodan Unković from Singidunum University, prof. Dejan Popović and prof. Miodrag Orlić, University of Law, Prof. Milan Skulic, University of Philosophy. Among welcomed guests as well the Pink TV Group President Ivan Vlatkovic and its CEO Zeljko Mitrovic.

After the two National Anthems, Ambassador di Luca, delivered on behalf of H.R.H. The Prince and Grand Master Fra ‘Matthew Festing, three Honours Merito Melitense to Prof. Dr. Oliver Antic, Prof. Dr. Vladimir Marinkovic and to Dr. Federico Bolondi.
In a cordial atmosphere the evening ended with the words of Ambassador Alberto di Luca: “I raise my glass to the future of the people of Serbia, to which I wholeheartedly wish prosperity, well-being, and continued success, as our ardent desire, of the friendship and cooperation between the Order of Malta and the Republic of Serbia”.

The history and values of the SMOM 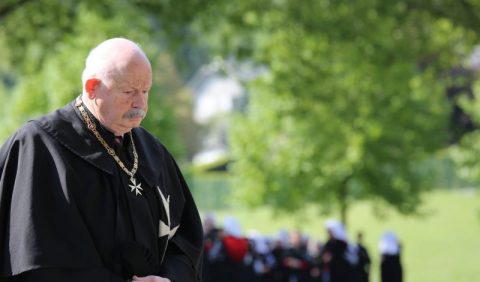 Grand Master Order of Malta: “Malades and their families in my prayers”

POPE BENEDICT ADDRESSES THE MEMBERS OF THE ORDER: "YOUR VALUABLE WORK IS A LIVING TESTIMONY TO THE GOSPEL" 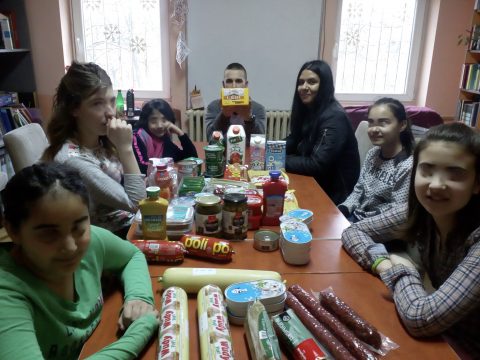