The Embassy of the Sovereign Order of Malta is still receiving letters with requests for help for children in need regarding urgent or difficult surgical procedures, as part of the programme “Make a WISH”.

One of these letters was received from the parents of Djordje G. They informed the Embassy that their son needed an urgent operation which was not possible in the local state institution due to long waiting lists.

The Internal Commettee in charge of request letters voted in favor of that request and Djordje had a surgery at the beginning of July. We have recently received a letter from his parents translated below:

“We take this opportunity to express, in written form, our deepest gratitude for your help for the surgical intervention on our 10-year-old son Djordje G.: operation of the left inguinal hernia and the fimosis.

We didn’t have any knowledge about the project “Make a WISH” before we arrived at the General Hospital “Sava Surgery” in Nis, but during our first appointment, the Director of the Hospital, Dr. Dragan Stefanovic, has informed us about the possibility to be part of the Project. Soon after, we have sent the request letter to the Embassy of the Sovereign Order of Malta explaining the difficult situation our son was in: he could not be operated at the local state institution due to long waiting lists. We hoped for the best and so it was. Our heartfelt thanks to the Ambassador of the Sovereign Order of Malta, H.E. Mr. Alberto di Luca, to the personnel of both the Embassy and the “Make a WISH” Project and to the Order in whole. Greetings from blessed parents!

Our most sencere wishes to Djordje for his health and great future and our deepest thanks for the heartfelt wishes the Embassy received. 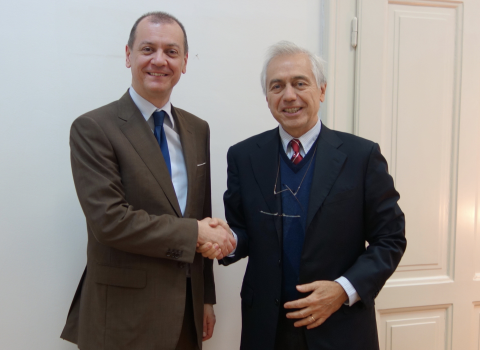 Alternations in the Embassy