* Charity dinner in support of the “Make a WISH – Youth Outreach Program” project
* St. John the Baptist Day
* Fra’ John T. Dunlap is the new Lieutenant of the Grand Master
* Grand Magistry announces death of H.E. the Lieutenant of the Grand Master Fra’ Marco Luzzago
* US First Lady Jill Biden meets with Order of Malta volunteers
* A friend of the Order of Malta left us
* Feast of Saint Nicholas
* 5th World Day of the Poor – Sunday 14th November
* The Archbishop of Belgrade in Milan for San Carlo
* The Grand Chancellor received the Minister of Foreign Affairs of the Republic of Serbia
Home / Ambasciata / Order of Malta / Senza categoria 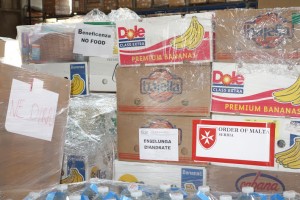 Fifteen years after those air strikes from the sky, which caused so much damage, another attack came from the sky, this time, a devastating natural disaster. The deaths exceeded the tragic number of 50. Several are still missing, but the most worrying are the ones left homeless. The fury of the waters brought down, as if they were twigs, entire buildings of tens of thousands of people. The rescue machine is in motion and help and support is arriving from many parts of the world. Naturally, the Sovereign Order of Malta is actively present with its local facilities, through the Embassy in Belgrade, and both through its international relief organization, Malteser, and the Italian entities involved through the Embassy of the Order in Serbia. In particular many thanks go to the supermarket ESSELUNGA that, through the Lombardy Delegation of the Order, immediately responded to the request for help. A first contingent was delivered by Ambassador Alberto di Luca in Belgrade, and by the 10th of this month will arrive in Serbia a second load for a total of 66 pallets: 41 of food and 25 of clothing and products for personal hygiene. It is equal to 17.33 tons, of which 11.5 of food and 5.5 of other goods. The Piedmont Delegation of the Sovereign Order of Malta is taking steps as well to ship a significant amount of clothing. 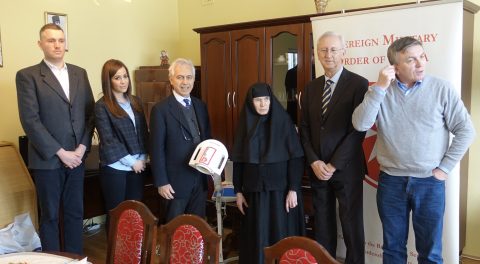 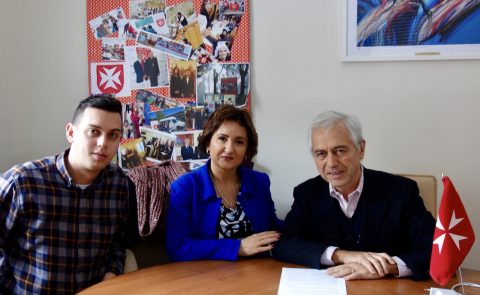