With a solemn religious ceremony at the Royal Mausoleum in Oplenac in Serbia, officiated by the Patriarch of the Serbian Orthodox Church, H.H. Irinej, and concelebrated by all Metropolitans and Religious Leaders, took place the state funerals, on May 26th, of the late King of Yugoslavia, Peter II, his spouse Queen Alexandra, the Queen Mother Mary and the brother Prince Andrej, whose remains rested in exile.
The ceremony, broadcast live by national TV and accompanied by ringing bells of churches in the country, was held in the presence of the Head of the Royal Family Prince Alexander II and his Family, the President of Serbia Tomislav Nikolić, the Prime Minister Ivica Dacic, the President of United Nations General Assembly Vuk Jeremic, and other members of the government and institutional authorities.
The Patriarch Irenej, Prince Alexander II, the President and the Prime Minister spoke at St. George’s Church in Olpenac, in front of thousands of Serbian citizens from every part of the country. The speeches commemorating the deceased and the Sovereign Dynasty Karađorđević, architect of modern Serbia , whose memory is still alive and loved across the nation.
Among representatives of foreign Royal Families there were Their Majesties King Simeon and Queen Margarita of the Bulgarians, Their Majesties King Constantine and Queen Anne-Marie of the Hellenes, Their Royal Highnesses Crown Princess Margarita and Prince Radu of Romania, members of other foreign Royal Families, and representatives of diplomatic corps accredited in Belgrade.
The Grand Master of the Sovereign Order of Malta, Fra ‘Matthew Festing, had designated his representative, the Order’s Ambassador to Bulgaria, Camillo Zuccoli, accompanied by the Order’s Ambassador to Serbia, Alberto di Luca. 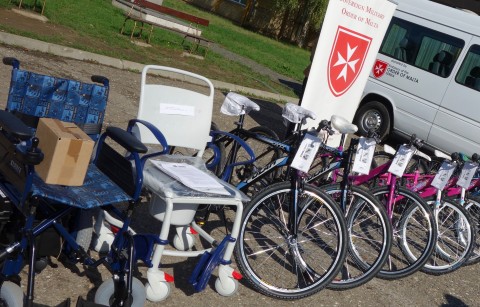