* US First Lady Jill Biden meets with Order of Malta volunteers
* A friend of the Order of Malta left us
* Feast of Saint Nicholas
* 5th World Day of the Poor – Sunday 14th November
* The Archbishop of Belgrade in Milan for San Carlo
* The Grand Chancellor received the Minister of Foreign Affairs of the Republic of Serbia
* “Make a WISH” from Zemun
* In the context of history for a new ambitious Make a WISH
* Amb. di Luca (Order of Malta): “We assist the needy to give them the future”
* Masks for Saint Petka Institution
Home / Order of Malta / Senza categoria

Among the most relevant and interesting speeches was the one presented by the Minister of Foreign Affairs of Libya, H.E. Mohamed T. H. Syala who has outlined a lucid picture of the migration phenomenon on the two shores of the Mediterranean, also in reference to the institutional and political stabilization efforts of his country.

Serbia was represented by the Hon. Tijana Davidovac with her speech on the topic “Facilitating Trade and supporting investments”.

Ambassador Alberto di Luca – Ambassador of the Sovereign Order of Malta to the Republic of Serbia and the Permanent Representative of the Order to the PAM –
in his speech has underlined the importance of helping those people in their countries of origin who want to emigrate to Europe risking inhuman, sometimes deadly journeys, and subsequent impossible life conditions from which, often, they are unfortunately destined to get into illegal and criminal situations, even because of the search for survival.

Ambassador di Luca has returned to his proposal for the “Marshall plan” for Africa – as he already did in Malta, last November, during the previous Assembly of the PAM – financed with a different forms of managing development Cooperation funds (in the attachment please find enclosed his speech in front of the Parliamentarians of the 24 nations and representatives of the Parliamentary Assembly of Asia, Arab countries and OSCE).

On these issues, Ambassador di Luca, had a cordial conversation, on the sidelines of the work, with the Libyan Minister, H.E. Mohamed T. H. Syala, to whom he introduced the commitment and humanitarian activities of the Order of Malta both of the actions of the rescue at sea and in the numerous African countries where the Order is present for decades with its diplomatic and hospital structures.

In the photo above: With the Lybian Minister of Foreign Affairs H.E. Mohamed T.H. Syala

Below is the full speech of the Amb. Alberto di Luca:

It is a great privilege for me to participate at the 12th Plenary session of the Parliamentary Assembly of the Mediterranean.
The Sovereign Order of Malta fully supports and shares the goal of fostering security, stability and peace in the region through the strengthening of dialogue and cooperation between states and organizations.
“The Mediterranean: cradle of civilization”, as the Lybian Minister of Foreign affairs defined it yesterday, is inflamed by sectarian wars, population live under the constant threat of extremist organizations while the smuggling of migrants and human trafficking businesses have prospered.
Throughout its 900 years of history, the Sovereign Order of Malta has never failed to apply its founding principles: assisting the needy and the poor, regardless of race, religion, origin. Today more than ever the Order of Malta reaffirms its inspiring principle.
Its action is witnessed by the humanitarian action spread across the five continents in 120 countries, from the troubled Middle East to the war ridden Central Africa. Its diplomatic network consisting of 107 bilateral relations and multilateral relations with the UN and its agencies and with the European Union are a paramount tool in securing medical and social aid to populations in need.
We strongly believed – as I said in Malta last November – in a “Marshall Plan for Africa”. We underscore the importance that an increased global revision of governments’ contributions to the coordination and management of this phenomenon could reap higher benefits especially within the framework of the concept to help these people to live with dignity in their countries.
In the Middle East, the Order of Malta closely collaborates with Muslim confessions, to the benefit of the local communities.
Our maternity hospital in Bethlehem allows women of the region, of all nationalities and religions to access Western standards of medical care.
Since 1990, over 75.000 babies have been born in our hospital. Its outreach mobile clinic, in addition, assists the Bedouin communities in the surrounding desert-villages which often lack electricity and running water. In Lebanon our association works closely with the Shia community, in particular with the Al Sadr Foundation, and together they successfully manage socio-medical and educational programmes.
The Order of Malta has long standing and close relations with the Mediterranean. After leaving the Middle East in 1291, it established its headquarters in Cyprus where its hospitaller’s activities flourished and benefitted from the strategic position of the Island.
Due to the increasing instability in Cyprus, the Hospitallers sought to consider a more suitable base for the seat on the Island of Rhodes in 1310, before moving to Malta in 1530.
In 1834, the Order of Malta established its headquarters in Rome,where is it still today with its sovereignty and extraterritoriality.
I have a dream! Yes, me too!
PAM, with its authoritativeness and representativeness, will launch a new and strong initiative, so that the respective national Parliaments, both of European and non-European nations – but at the same time indistinctly linked by common destiny – will induce the governments of all countries to guarantee an adequate global share of what is necessary to better manage the phenomenon.
I am thinking of the great commitment of 0.70% that many countries devote today to Development Cooperation, but I am also thinking of the costs of relief and hospitality that many of them, primarily Italy, charge themselves to manage immigration and asylum.
Why not think of a single and different figure, for example 1% of each member’s GDP, for a more appropriate, wider and more effective programme?
A precise commitment, quite for sure less expensive. Certainly more useful because it would provide a concrete development of the logic “let’s help them at home” and finally make it easier for their fellow countrymen to accept them.
In conclusion, Mr. President, Ladies and Gentlemen, I would like to reaffirm the commitment of the Sovereign Order of Malta towards the promotion of peace and stability in the region. A goal that can only be accomplished through means of a strong cooperation between the states and with a long term and judicious strategy which cannot overlook the humanitarian emergencies our challenging times are witnessing. 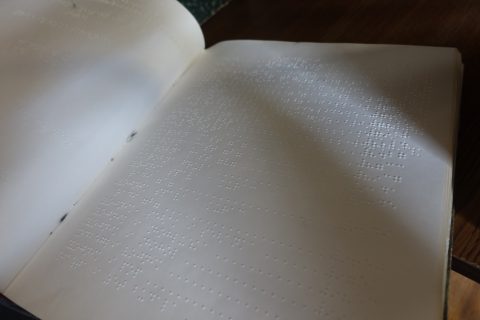 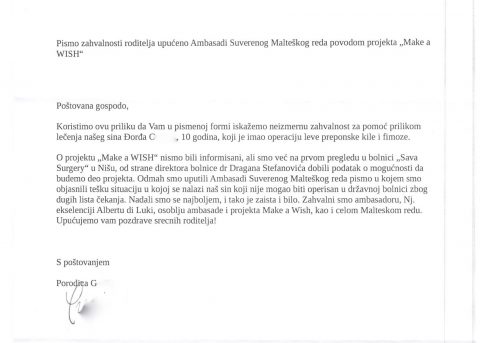 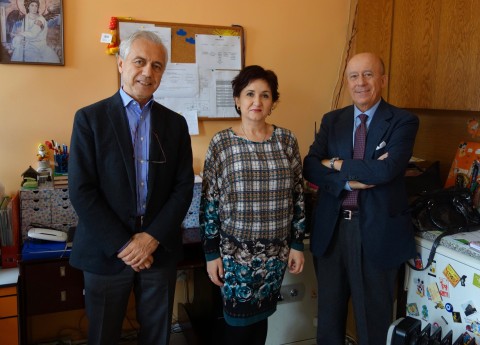