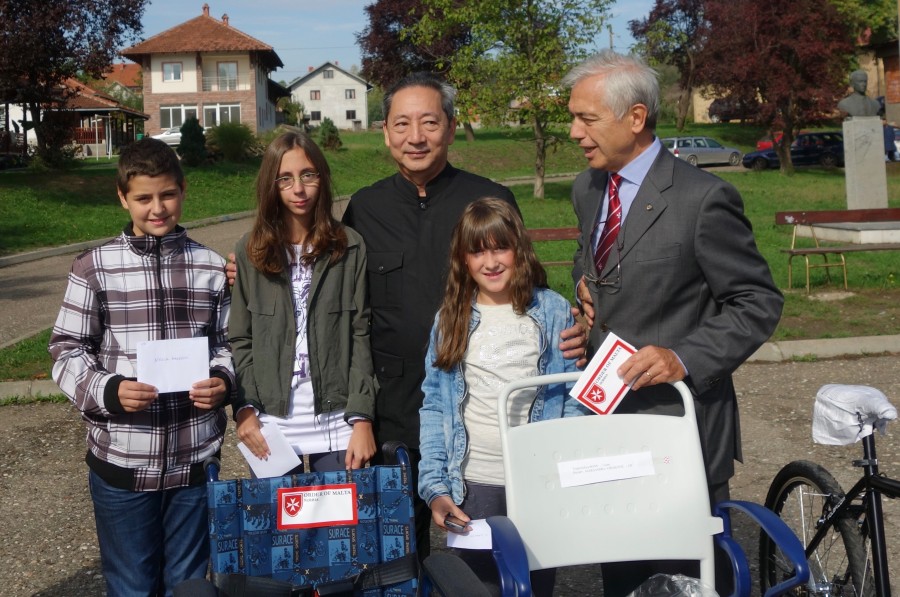 The story of a dream that became a project and then reality for almost 1,500 Serbian children! A long journey that began last Christmas with an invitation to primary school children of the municipalities most affected by the devastating floods of 2014, to write a letter with their WISH. First deadline, sending the letters to the Embassy of the Sovereign Order of Malta in Belgrade by the end of March: almost 3,500 letters received! 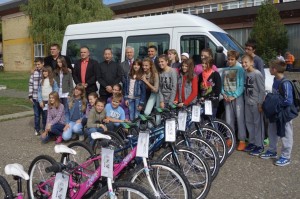 The second stage was the selection of the “eligible” WISHES by the Commission, composed of the Patron of the project, HRH Prince Alexander Karadjordjevic; HE Msgr. Stanislav Hocevar Catholic Archbishop of Belgrade; by Dr. Andrea Simoncelli, Chairman of Generali Insurance- Balkans; Professor Nenad Prokic, Project Manager – Make a WISH to the Order; by Dr. Professor Aleksandra Arandjelovic, then Director of the University Medical Center Zvezdara; First Counsellor Dr. Carlo Buora and by Ambassador Alberto di Luca, as President of the Commission, which was a pleasantly high number of eligible wishes: 1,793!

From that moment began the search for sponsors, benefactors and useful initiatives for the financing of the project. 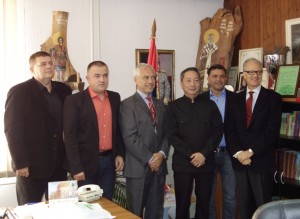 Cornerstone was the charity-dinner that took place, on  June 19th, at the Twiga restaurant of Monte Carlo (see news on other page of our website) – in the presence of the Heads of the Royal Family of Serbia, HRH Crown Prince Alexander II and his spouse Princess Katherine, specially came from Belgrade; HE Msgr. Stanislav Hocevar, Catholic Archbishop of Belgrade and President of the Episcopal Conference of Serbia, also arrived from Belgrade – and 150 benefactors, that built the solid foundation for achieving already many wishes.

Then came the valuable assistance of the friends from the Ministry of Foreign Affairs of Taipei that, through the Taipei Representative Office in Hungary, have donated to the Embassy – in the context of a now solid and wider collaboration between Taiwan and the Order of Malta – 65 mountain bikes, 2 wheelchairs and 300 chairs and desks for young Serbian students. Very important was also the support provided by “General Insurance Serbia” which, with its contribution, allowed the purchase of a minibus. 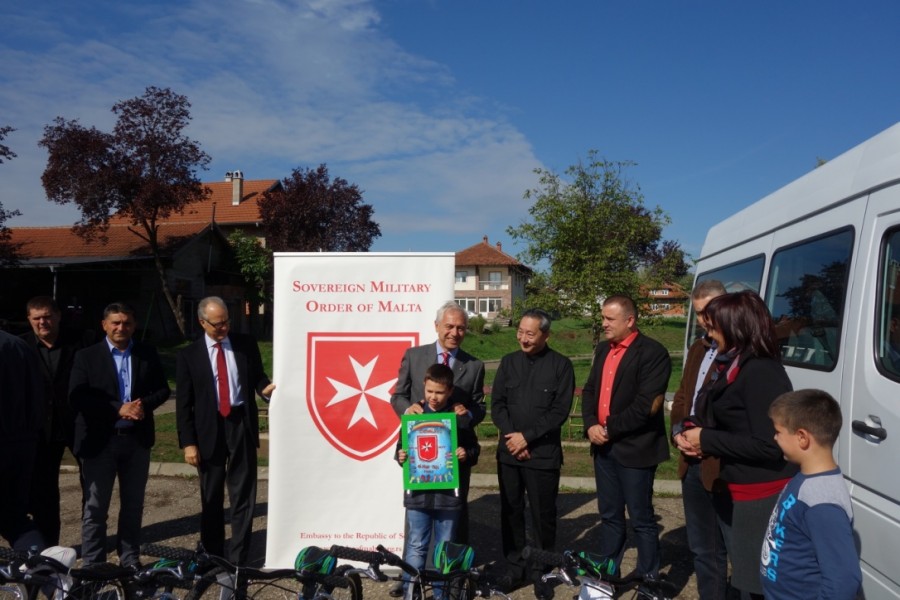 This has led to September with sufficient funds to purchase WISHES required by almost fifteen hundred children!

A success beyond anyone’s wildest dreams, which has “forced” to split in half the ceremony of delivery.

In the morning of Tuesday, October 13th, Feast of Blessed Gérard – Founder and Patron of the Sovereign Order of Malta – in Lijg, first in the Town Hall and then in the garden of the elementary school Sava Kerkovic, in the presence of Ambassador Alberto di Luca, the Project Manager Nenad Prokic, the Advisor to the Ambassador Sonja Spirito, Ambassador Wen-Lung Tao – arrived specially from Budapest representing Taiwan – 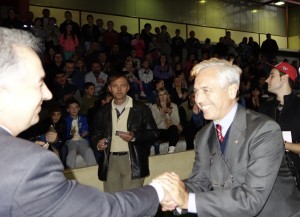 Dr. Andrea Simoncelli, representing Generali Insurance, the Mayor of Ljig, Dragan Lazarevic, and the municipal authorities of Ub and Mionica, the children have gathered to receive the mini-bus, 42 mountain bikes, an electric wheelchair, a wheelchair for bathroom for the disabled, a support equipment for a child who is blind, 270 chairs and 110 desks, 25 lockers, 13 blackboards and even a Kit of coal for heating throughout the winter!

In the afternoon, the second ceremony was held in Sid, in the school gym of Branko Radicevic, in the presence of the Mayor Nikola Vasic and the principals of the four local schools. Here the children received 144 Laptop and 31 bicycles.

Big smiles on the faces of the children to the delight of the parents, and even a little bit of amazement from the authorities for the success of the project! 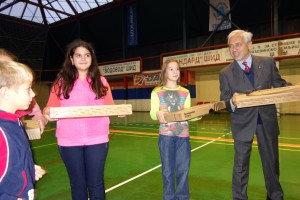 At Krupanj will be delivered musical instruments to equip a music room in which music is taught to more than 500 children. 6 bicycles and 5 Laptops will be sent in other municipalities in the area.

We renew our fervent thanks to the tireless organizers of the event in the Principality of Monaco – HRH Prince Michael of Yugoslavia, Flavio Briatore and Luca Marzocco –

and to their distinguished guests, as well as to the Government of Taiwan which, once again, proved to be available for solidarity and cooperation with the humanitarian activities of the Sovereign Order of Malta, to General Insurance Serbia and to the Media Partners Politika and TV Pink, in Serbia, and RadioMonteCarlo in the Principality of Monaco. 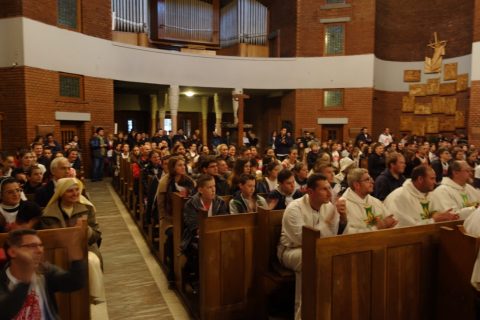 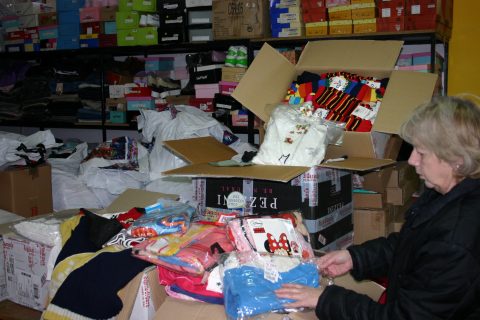 The Mayor of Ub enthusiastic for "Make a WISH" 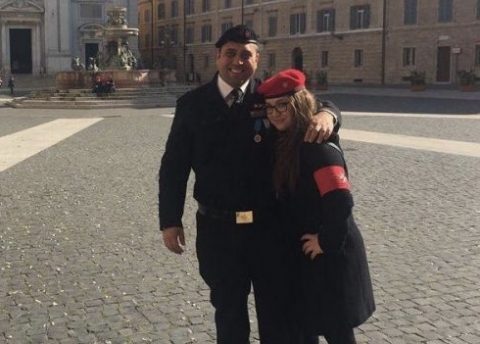